This is an understandable misconception, but cryonics is a little more complicated than just putting bodies in a freezer. The main method of preserving the bodies of patients is known as vitrification. In this process, protective chemicals replace more than half of the water inside cells. Because of this replacement, freezing during deep cooling (which is around -124°C) is avoided.

This process is a better alternative to straight freezing and aims to preserve the cells and tissues indefinitely in their original state. It is mainly favored due to its avoidance of ice damage in vitrified tissue. Scientists have reversibly vitrified blood vessels and a whole kidney has been recovered and transplanted using vitrification. 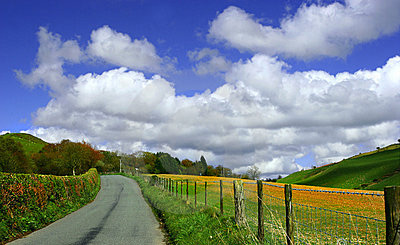 To refute this misconception, the traditional definition of legally dead must be understood. There is a distinct difference between being pronounced legally dead and brain dead, the biggest one being the existence or absence of cellular brain function. Legally dead, in most cases, simply means that the heart has stopped beating and that the patient cannot be reasonably revived at the current state.

Over history, death has been more or less defined as a state where current medical technology can no longer help the patient. We believe that what is today considered a state of “death” where the patient can no longer be helped will some day be seen differently, once necessary advancements in technology and the medical field have been made. It is a logical prediction that 100 years from now medical professionals will have access to technology and medical procedures we can only dream and that prediction is the basis of freezing the bodies of those considered “dead” today in hopes of reviving them to better health and youth in the future.

The most common argument against cryonics is that cryonics technologies have not yet been able to successfully revive a patient. Though this is often used as a valid argument, the basis of the cryonics movement is the belief in future advancements in medicinal technologies that will one day enable scientists to revive cryopreserved patients from their suspended state and restore them to good health and youth.

Until a theory is proven as irrefutable fact, there will be proponents for and against any argument. But “experts” throughout history have been proven wrong time and time again because of their tendency to underestimate the future and all it holds.

Cryonics is a luxury for the rich

Luckily for you, this is a huge misconception. Most cryonics patients are middle class and pay for the procedure through a life insurance policy.

Another option for payment method is a lien on a real estate property that would be sold after the member is deceased.

The total cost for the procedure and indefinite storage is $99,500. There will not be ANY additional fees (monthly or annually) added to this price pre or post mortem, guaranteed.

Just the opposite- cryonics is about celebrating life. Luckily, ‘fear' is not our motivator. The main goal is improving the chances of revival for ourselves and our families and hopefully attaining a chance at a longer, healthier life. Cryonics should be viewed as putting a “pause” to the process of death until future advancements in medicinal technologies can treat the cause of death for cryopreserved patients and allow them to live longer lives. This is no different than treating a cancer patient in hopes of allowing them a chance for more time.