Despite the fact that no human placed in a cryonic suspension has yet been revived, some living organisms can be, and have been, brought back from a dead or near-dead state. 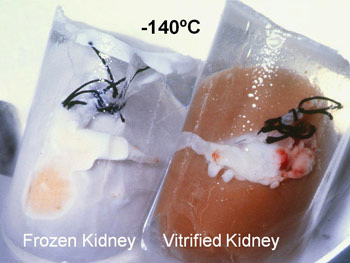 Many biological specimens, including whole insects, many types of human tissue including brain tissue, and human embryos have been cryogenically preserved, stored at liquid nitrogen temperature all decay and revived. Cooling living cells to cryogenic temperatures slows metabolic process almost to a stop, making sure the cell doesn't use energy, receive chemical signals, or to carry out any living processes. This would allow a cell to stay in its current state for any amount of time until it is heated to normal functioning temperatures, where the body would continue its processes of life with freezing being a “pause” on life. This leads scientists to believe that the same can be done with whole human and that any minimal harm can be reversed with future advancements in medicine.

Neurosurgeons often cool patients’ bodies so they can operate on aneurysms without damaging or rupturing the nearby blood vessels. Human embryos that are frozen in fertility clinics, defrosted and implanted in a mother’s uterus grow into perfectly normal human beings. This method isn’t new or groundbreaking- successful cryopreservation of human embryos was first reported in 1983 by Trounson and Mohr with multicellular embryos that had been slow-cooled using dimethyl sulphoxide (DMSO).

Even though a mammal has not been fully frozen at cryogenic temperatures and revived, similar tests have been done on monkeys and dogs. The animals had their blood removed and the cryoprotectant inserted. The animals were then cooled to temperatures under 0 degrees Celsius and fully revived.

Some frogs and other amphibians have a protein manufactured by their cells that act as a natural antifreeze which can protect them if they’re frozen completely solid.

And just in Feb. of 2016, there was a cryonics breakthrough when for the first time, scientists vitrified a rabbit’s brain and, after warming it back up, showed that it was in near perfect condition. Problems with the brain are the main reason why people are skeptical about cryonics, yet the rabbit's brain retained all memory and learning . This was the first time a cryopreservation was able to protect everything associated with learning and memory. 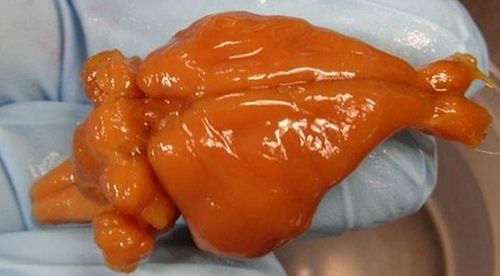